Exposure and noise - "exposing to the right"


Many people complain about their images having '' too much noise '' when in fact the problem is often related to bad exposure techniques . Have a look at the two images below , the one on the left is how the image looked to my eyes while the one on the right looks a bit brighter than the scene appeared to my eyes .
But if you look at the histograms the one on the left is actually underexposed though , strangely , the one on the right looks like it has more noise .
This is because the background should look almost black but "over-exposing" the background by "exposing to the right " has made it look gray and "noisy" .
This is not really a problem because we have a lot of information to work with and it's easier to make the gray area black than it is to make a black area gray .

To add to the explanation , these pictures were taken at up to iso 3200 so we should expect to see the worst noise possible from the D90 .

The histogram for the right image is touching the right hand side as it should be .
You can see the one on the left has a lot less information - even though the picture looks 'correct' .

Now we open the images in photoshop and adjust the levels . For the first image I had to drag the right slider to the left to brighten the image - the resulting noise can be seen in the crop below . This is what happens when you under-expose an image and try to fix it when there is not enough information captured in the first place .

Now we take the second image - it is already bright enough where it needs to be , it is just the dark areas that need to be made darker . With a difference of 1.3 stops we have more than twice the information , in the form of light gathered , available for editing .
What is important is that we don't need to amplify the light areas , we just want to suppress the information in the dark areas and make it look black - this results in noise getting wiped away rather than being created by the program trying to make something of nothing .

When we look at the resulting crop , even though it is not pretty [ well it is iso 3200 ! ] , it looks a lot better and has much better colours than the first image .

Here are the two crops side by side . Remembering that they are both at high iso from a Nikon D90 and the final images look very similar ...... one person could tell you the D90 does a pretty good iso 3200 while another could tell you it does an awful high iso image. {You know what is really interesting? The image with the most noise is actually at iso1800 - lower than the better looking image at iso3200!}
It all depends how well they are exposing the image in the first place - as with cars "Most problems are caused by the ' nut ' that holds the steering wheel "
In the same way I could actually generate a lot of noise at iso 200 by under-exposing an image and then brightening it later in photoshop .

Just as a re-cap , the images I ended up with looked the same after editing - from a distance . The one on the left  though was "nice from far but far from nice " while the one on the right was much better when viewed up close . Here they are together after editing :
They don't look 100% the same but could with some fine tweaking ........ 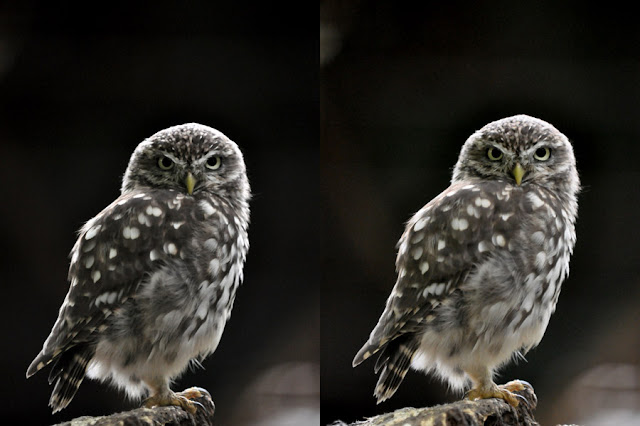 1.) Making the shadows as dark as you want to see them and disregarding the histogram is a recipe for disaster because that will mean you have to brighten the light areas later - you will have to amplify the available information because you never captured enough of it in the first place .
{ cranking up the radio when you have a weak signal results in 'hissing' /noise}.


1.) You can't recover information you haven't captured in the first place .

2.) If you capture the right amount of information you can throw some away where you don't want it without any adverse effects to the light areas .


Update : What not to do !
Exposing to the right does not mean pushing the histogram off the right hand side . Rather it means adjusting exposure to get the brighter parts of your image correctly exposed without having to increase brightness later -
Remember too that if you overdo it you can't recover totally blown highlight detail . I recently took some pictures of cloud formations and overdid the added exposure a bit much . This was the 'good' shot . note the histogram bumping up against the side with only a little blown highlights but good detail in the rest of the shot . Realistically this shot was already correctly exposed with only a slight amount of detail lost in the cloud . 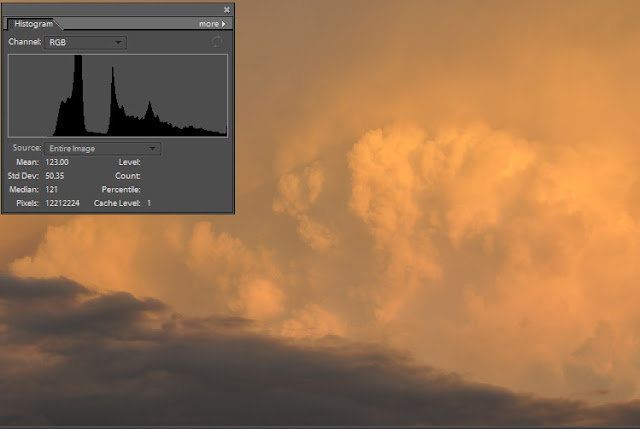 This is the overdone shot - two stops more than the previous image - better colours but blown highlights - beyond recovery .... you can tell from the spike on the right hand side of the histogram .
Don't push the histogram off the right hand side unless it is maybe something like the sun which is impossible to include with detail or a very bright part of the scene that is not part of the subject and perhaps it can't be properly exposed without badly under-exposing the rest of the image . 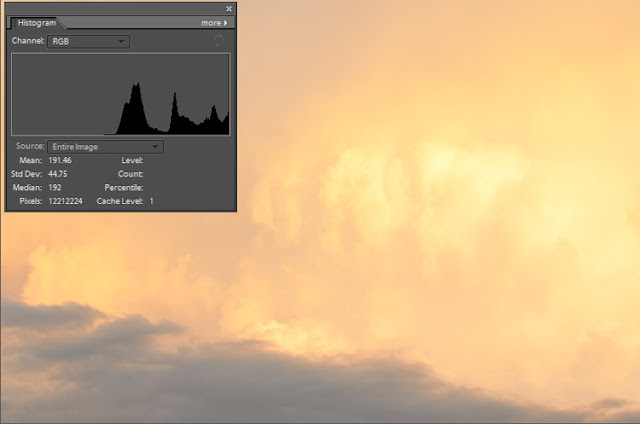 Now we edit them . The first one : I pulled the left slider across to the right to darken the shadow details .... 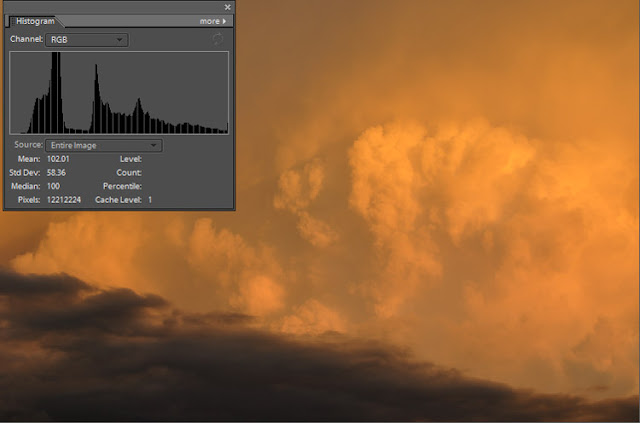 And on the second one I did the same thing .... the colours are richer but the details are blown - something in-between the two would have been good . 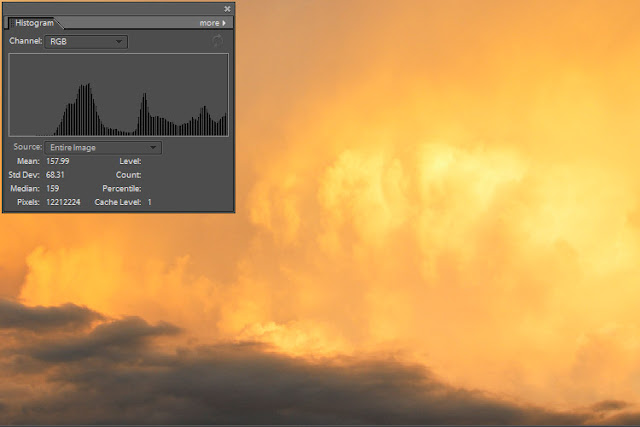 And side by side ..... you can see the potential for better colours with the brighter exposure  but if you overdo it you lose detail in the highlights .

So remember to watch your histograms and ''expose to the right '' when possible but don't overdo it either !