Flash: Nikon TTL-BL as reliable as your matrix metering.

I decided to do some tests with three different camera for a change because reported results seem to very with TTL-BL as we knew it in the past and the newer bodies. Since the D200 TTL-BL was changed to work as the main flash as well instead of just for backlit situations and since then there have been some tweaks as well. It was always my theory that TTL-BL doesn't simply meter off the centre of the frame as with TTL flash but rather uses a pattern like matrix metering.
In all of my tests below the pictures that show "matrix" are metered for ambient only.
The pictures that say "TTL-BL" on them have the ambient totally under-exposed so as to render a black image without flash to make sure ambient is not affecting the results. With the D90 I switched to centre weighted metering for ambient as well to make sure the matrix pattern for ambient is not affecting the results - though I know it wouldn't anyway.
I started with the D40 and found that the results with matrix metering and TTL-BL were just as quirky as each other. 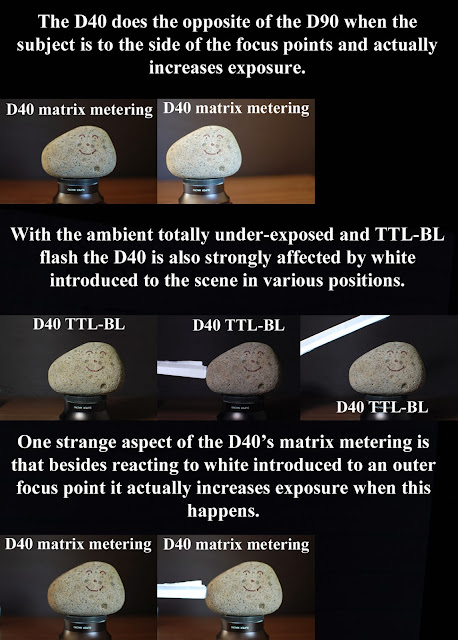 Then I did more tests with the D90 which showed strange results when the subject was off-centre and actually decreased exposure in these cases with both matrix metering and TTL-BL - showing the two metering systems are tied in with each other and TTL-BL does no simply meter off the centre of the frame - or the exposure would have increased. 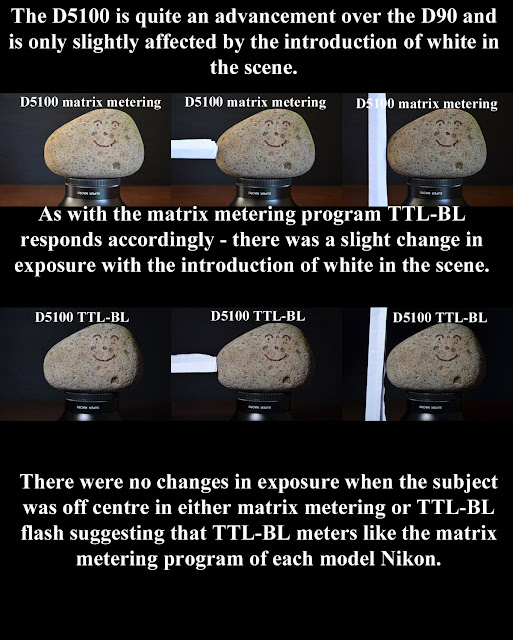 Posted by Desmond Downs at 5:01 PM No comments:

19/07/2013, I achieved partial success with my trigatron/camera combination.

Posted by Desmond Downs at 2:19 AM No comments: