Previously when I was taking high speed images of breaking light bulbs a few people mentioned that they would look better with a glowing filament . 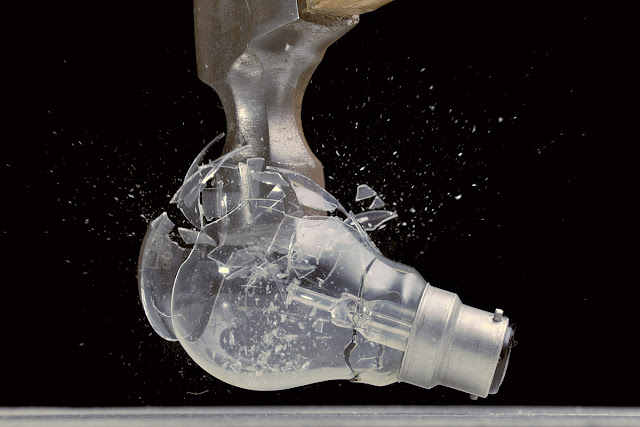 Tonight I opened an older flash and un-soldered the wire from the capacitor to the flash tube and wired it in series with a 220 volt light bulb . The red wires and dotted red line show where it used to be connected .
When  I have the old flash on low output the flash fires weakly but there is no response from the filament .
When I switch it over to high power I get a reaction - but a little too much . I need to get the right amount of power to have the filament glowing without blowing out the exposure . 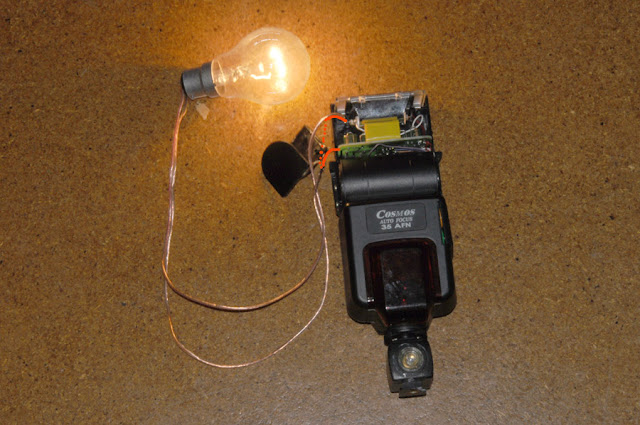 15 minutes later and I had opened another older flash with thyristor control - in the hopes that I could get the flash to turn off sooner for a dimmer glow  . Not to be !
I faced the sensor toward a white surface to help it detect the flash and hopefully turn off quickly . It still gave out too much power .
At first I was confused as to why the optic flash trigger would not fire this flash but then I remembered that when I checked its trigger voltage it was "-8 v" , the earth pin was in the centre which was not normal - the electronics of the optic trigger could not switch a 'backward voltage' . 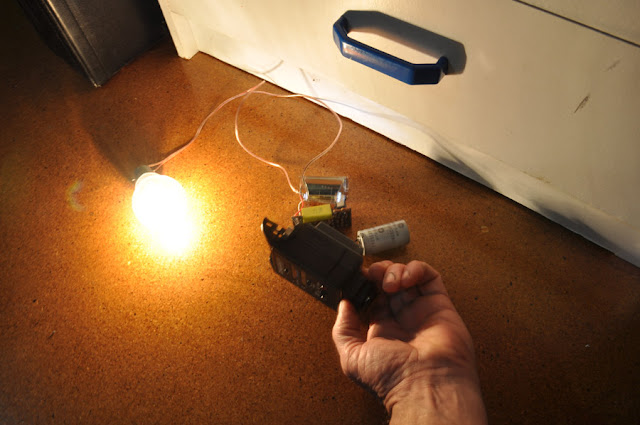 13/07/2010
Tonight I ran the wiring through a soldering iron as well to waste some of the energy . Now I have a controllable glow that will look right at iso200 and F16 . 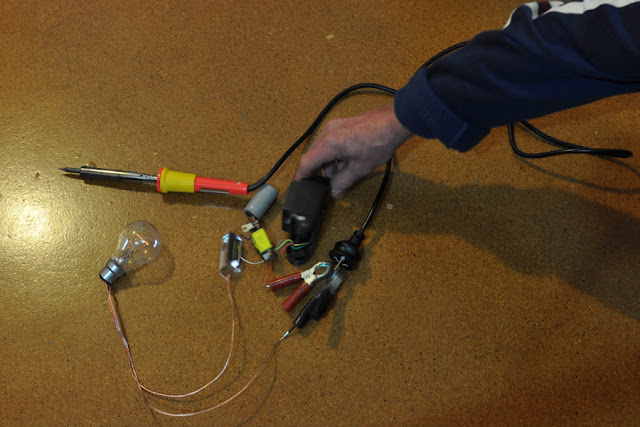 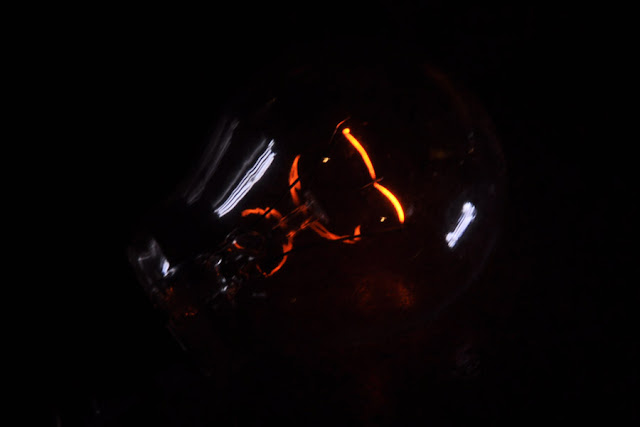 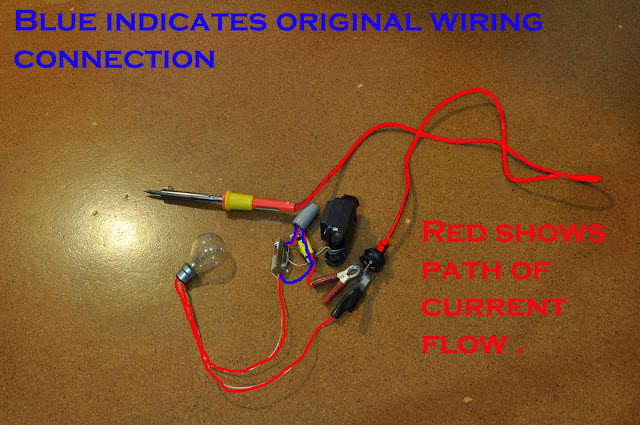 17 July 2010 .
I bought some cheap light bulbs but unfortunately they only had frosted bulbs . I managed one ok shot with the one clear bulb I had . 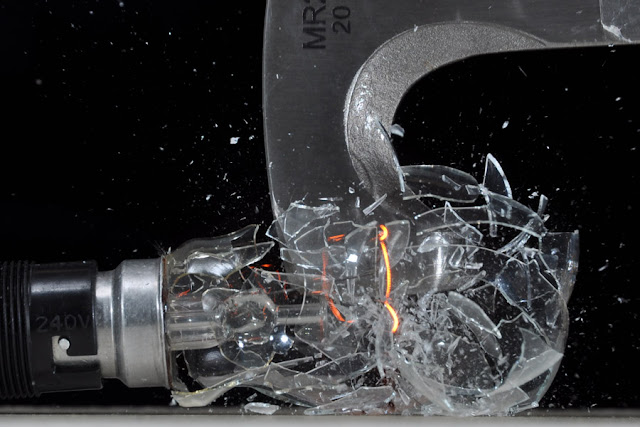 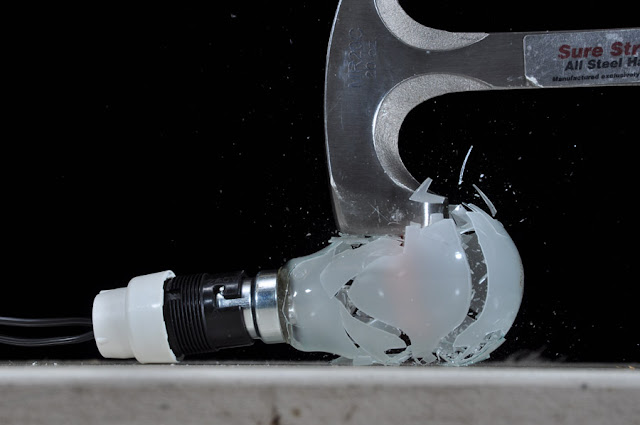 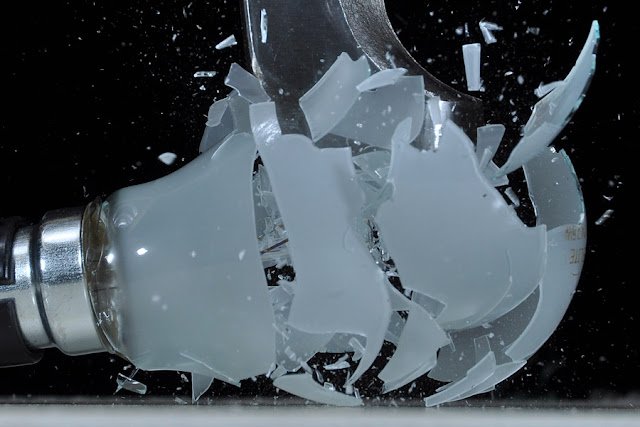 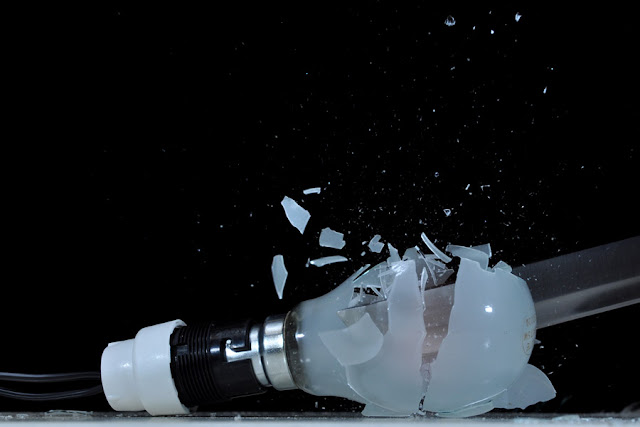 24 July 2010 .
I got hold of 10 clear light bulbs finally . I tried various 'devices' to destroy them and got some pretty decent results . 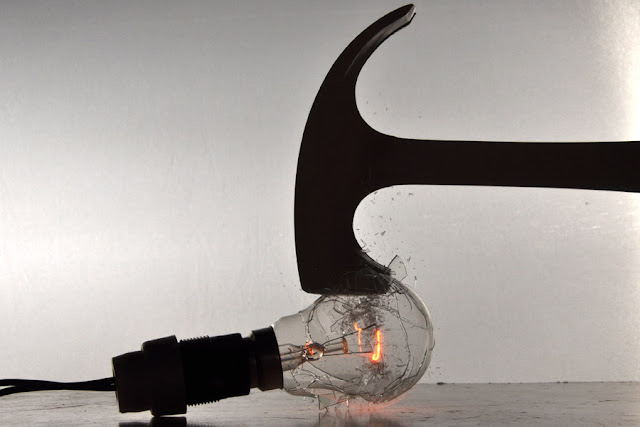 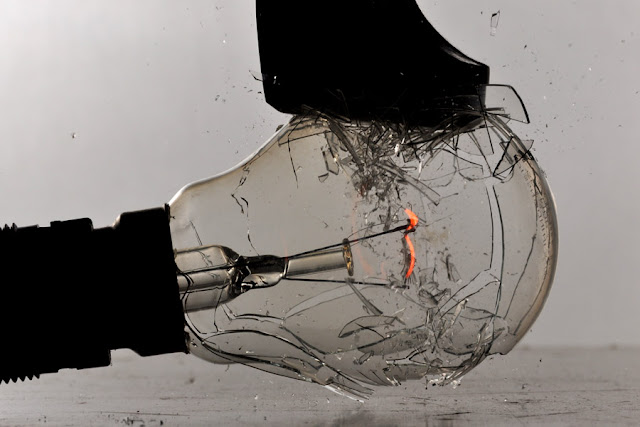 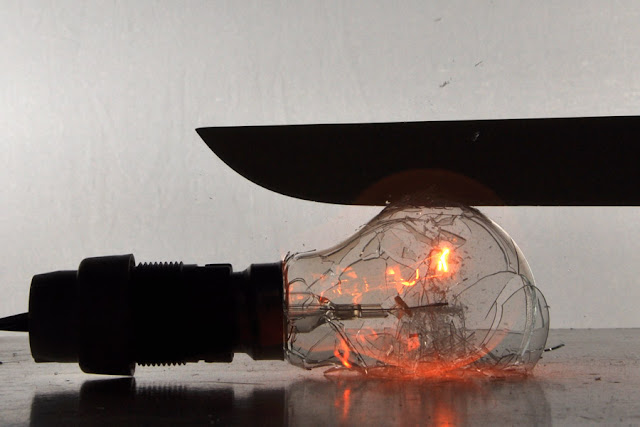 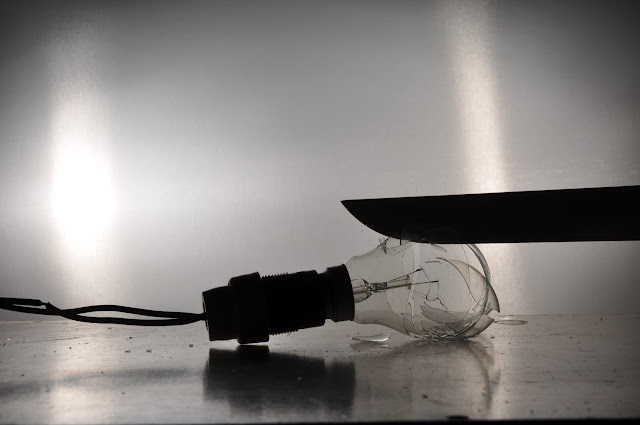 And then I noticed my axe leaning up against the wall and decided to do a few with it . 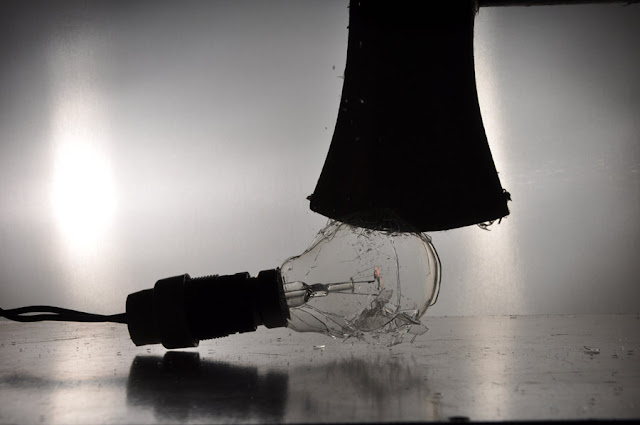 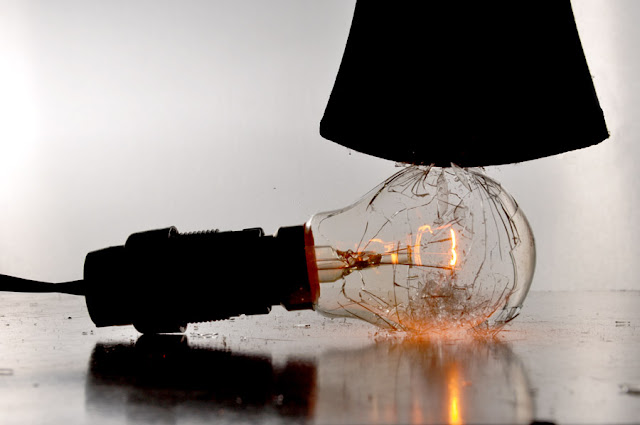 Perhaps when I get exactly what I want I will spend some time processing the images to look better but I would really like to get it right in camera rather :) 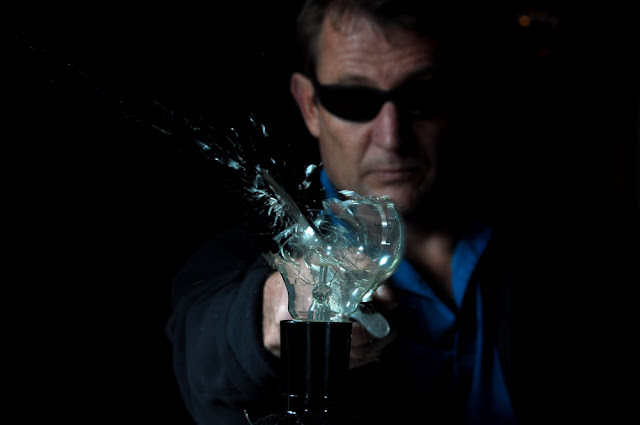 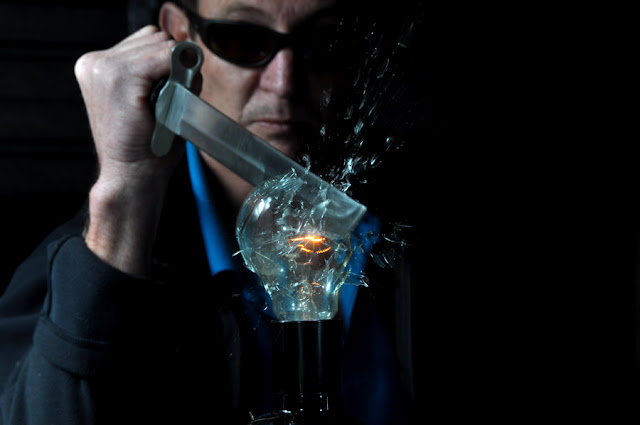 Posted by Desmond Downs at 2:08 AM