How to make slow burning smoke bombs without any cooking.

I've been trying for a while to work out how to make a slow burning smoke bomb, for photographic effects, with the least amount of effort and ..... danger!
The last time I tried cooking Potassium nitrate, sugar and wax I turned the heat up a bit quickly ...... I'm still cleaning the wax off the garage floor and some of my hair still needs to grow back. 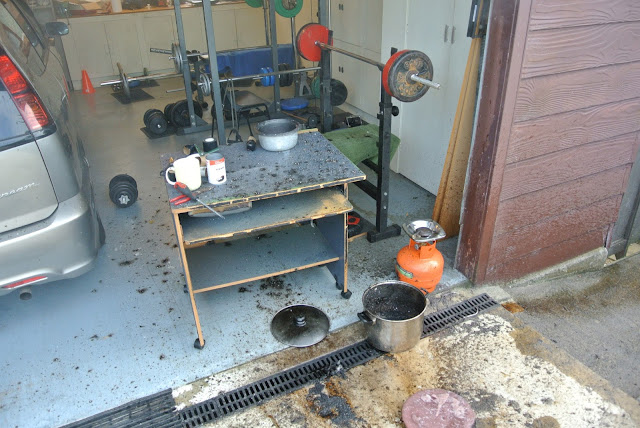 Most of the tutorials on making smoke bombs involve either cooking wax and stirring the ingredients in, or cooking the sugar and Potassium Nitrate mix to a caramel first, which results in a mix that burns furiously and is over in a short time [containing it properly can slow the burning down]. I wanted a controlled release so I have plenty of time to take pictures while it smokes away. Fortunately I found quick, safe way to do it. 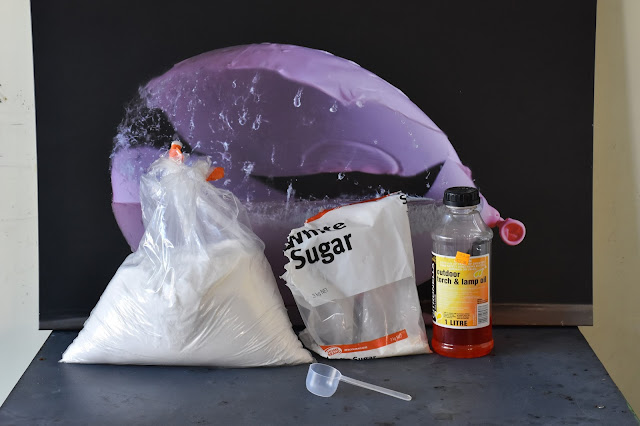 Mix 3 scoops of Potassium Nitrate, two scoops of sugar and a little more than one scoop of outdoor lamp fuel. More sugar will simply result in a bigger mess afterwards. The amount of oil isn't critical, just get the consistency that is good to work with.... basically that's it, you can light this mix and you will have a slow burning smoke bomb! 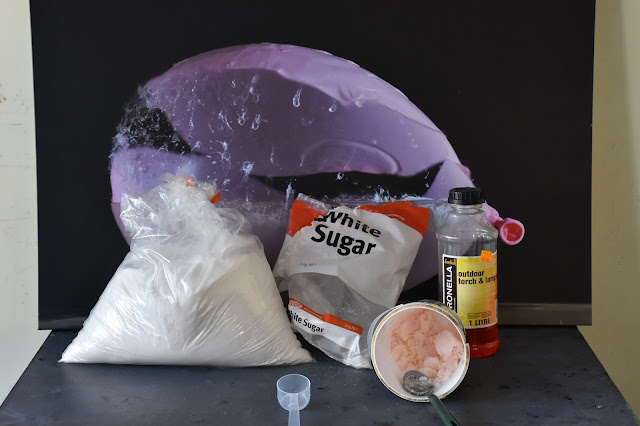 If you want to make it better you can add some wax. No cooking required still, you can simply get a cheese grater [maybe a potato peeler] and grate some wax into the mix which will slow it down further and give more smoke. Crayons can add colour as well if you wish. 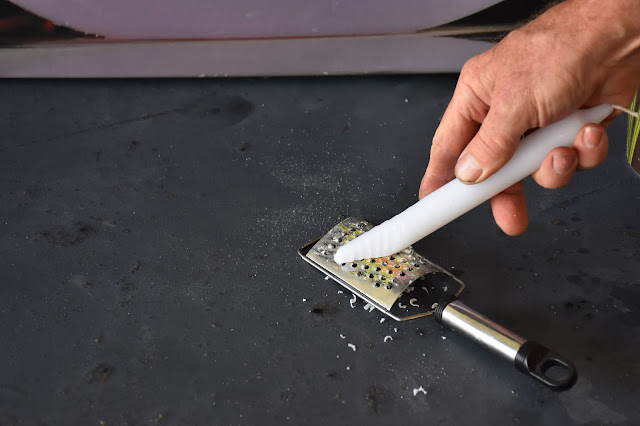 Throw this into the mix and stir well. 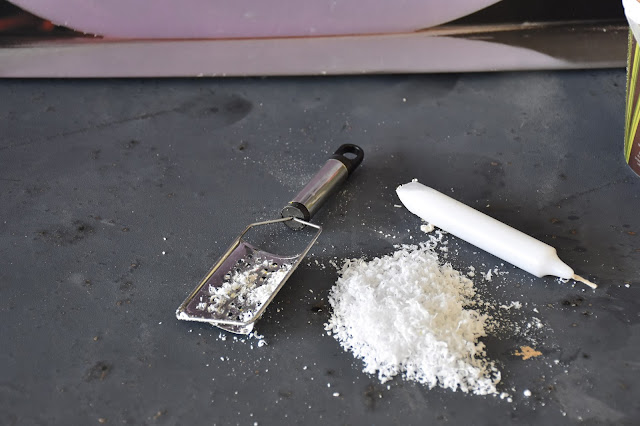 I had some nice size cardboard tubing, I have yet to try it with a toilet paper roll, I'm not sure if it will simply burn longer or the same amount of time with more smoke. Cut some slits at one end of the tube. 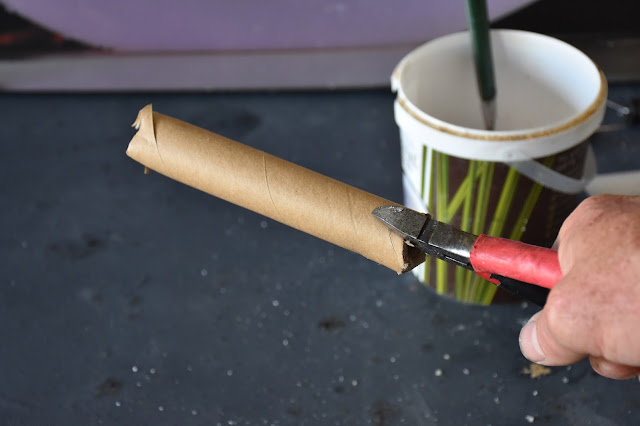 Fold the pieces in and tape it up. 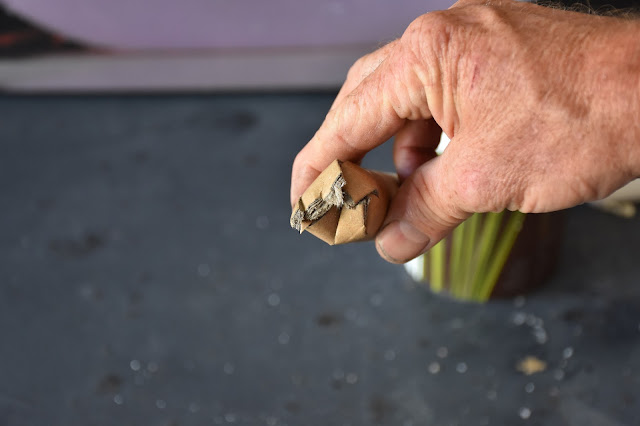 I'm a bit wary of the "grenade style" of smoke bombs just in case something gets caught on it and ignites it in my bag while I'm on my way to wherever I'm shooting. To make lighting it easier I simply pack the mix very tightly into the tube and push a match or two backwards into it, then all you have to do is strike the side of a matchbox on the match head to light it. This tube will burn for 3 minutes or longer.
I still need to try a few with a smaller opening to prevent it burning with a flame and make it burn longer. 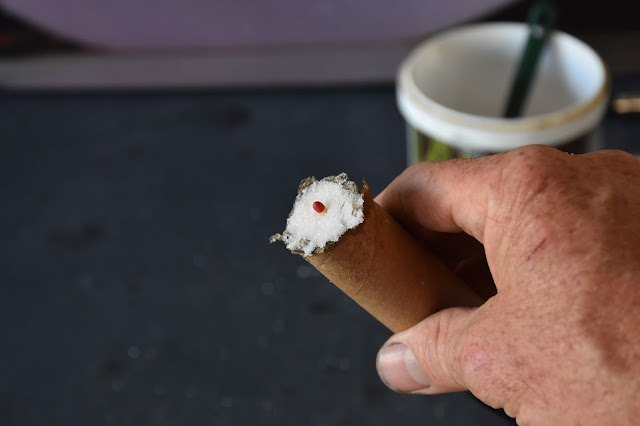 This was a quick test burn of the mix, about a teaspoon of that mix burned for a minute. 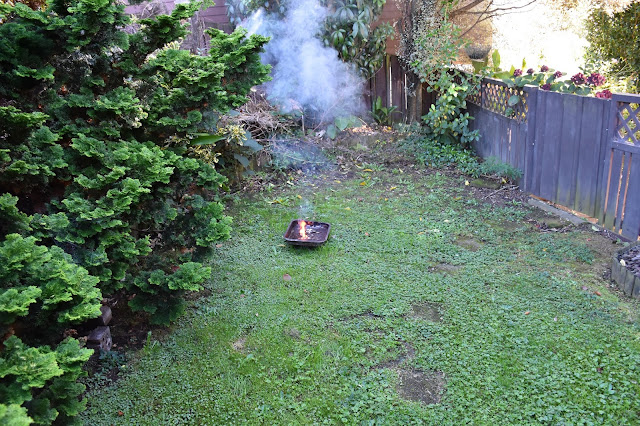 And a quick photo to show the effects that can be achieved with a little smoke in a photo. 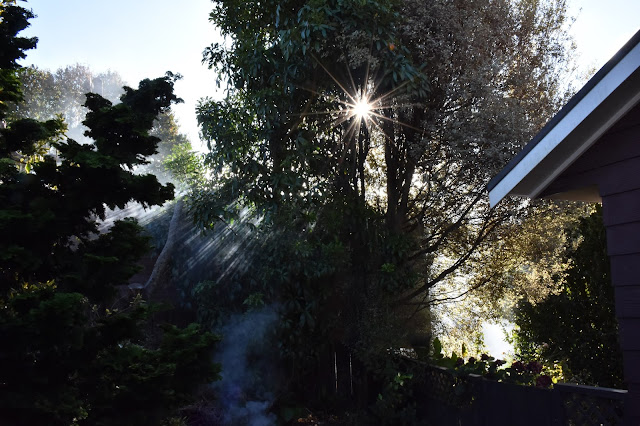 This was from a previous shoot where I lit some cooked smoke bombs that burned out in 20 seconds and produced a lot of smoke. 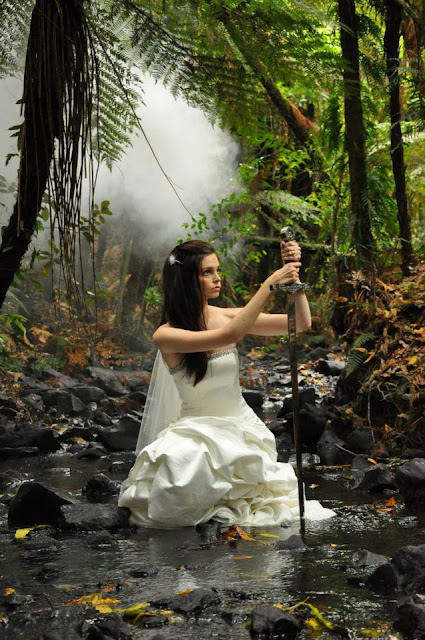 This is another one that smoked out the whole area. I think a controlled release with wisps of smoke would have looked better. 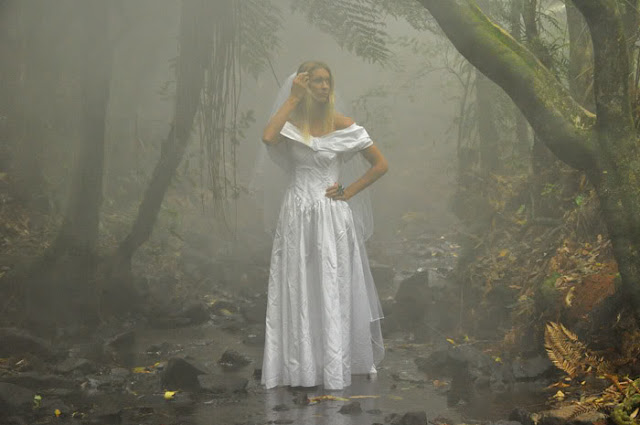 In this video of my first attempt with the new recipe I struggled a bit to light it because I hadn't inserted a match head but it still gives an idea of the type of smoke produced and how long it burns for. Basically it was the wind giving me issues because the mixture lights very easily otherwise. Halfway through the video the flames stop and there is pure smoke as it burns down and the residue blocks the opening a bit - which is a clue to a better design in future. I am thinking of the option of an old teapot perhaps to prevent the flames and give more smoke.


This is how a cooked mixture of Potassium nitrate and brown sugar burns in a fire extinguisher.
My new recipe is not as impressive but gives me the results I want.